Arms: Quaterly,
1st, gules a castle or, triple-embattled and voided gate and windows, with three towers each triple-turreted, of the field, masoned sable and ajoure azure (Castile);
2nd, argent a lion rampant purpure crowned or, langued and armed, of the second (León)
3rd, or, four pallets gules (Aragon)
4th, gules a cross, saltire and orle of chains linked together or, a centre point vert (Navarre)
Argent enté en point, with a pomegranate proper seeded gules, supported, sculpted and leafed in two leaves vert (Granada)
Over all, a torteau charged with a cross (Savoy)

Supporters: Two lions and the Pillars of Hercules
Motto: Nec plus ultra (Nothing further beyond)

File:Full Ornamented Coat of Arms of Amadeo I of Spain.svg - Wikimedia Commons 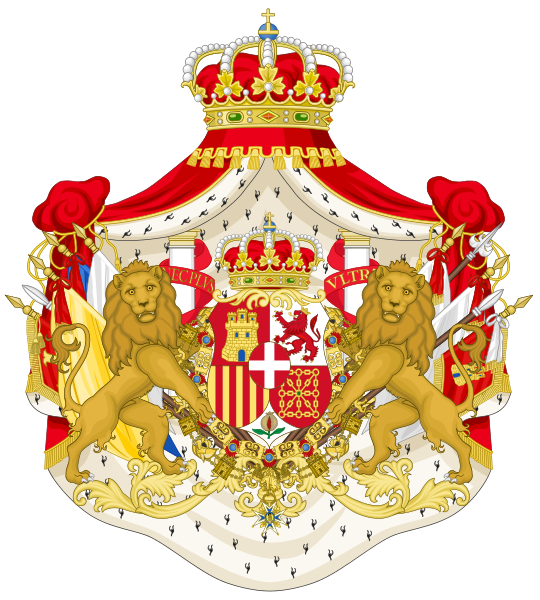