On this day, in 1815, Prince Willem proclaims himself King of the Netherlands.

The arms of the Netherlands are:

Arms: Azure, billetty Or a lion with a coronet Or armed and langued Gules holding in his dexter paw a sword Argent hilted Or and in the sinister paw seven arrows Argent pointed and bound together Or.
Crest:  the (Dutch) royal crown proper
Supporters: two lions Or armed and langued gules.
Motto: "Je Maintiendrai" (French for "I will maintain")
Others:  a pavilion gules  topped with the royal crown. 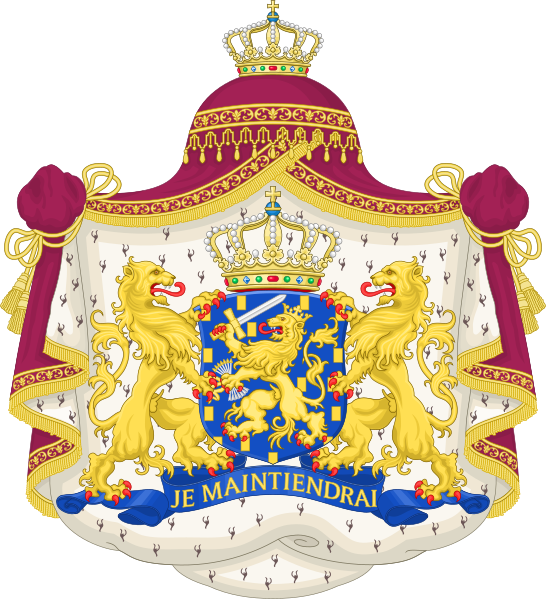