On this day, in 1979, Margaret Thatcher becomes the first lady Prime Minister of the UK. She received many honours afterwards, which are all shown in this achievement.

Arms are: per chevron azure and gules, a double key in chief between two lions combatant a tower with portcullis in base all or
Spporters: dexter: An admiral of the British Navy; sinister: Sir Isaac Newton holding in his left hand weighing scales, both proper.
Motto was: "CHERISH FREEDOM 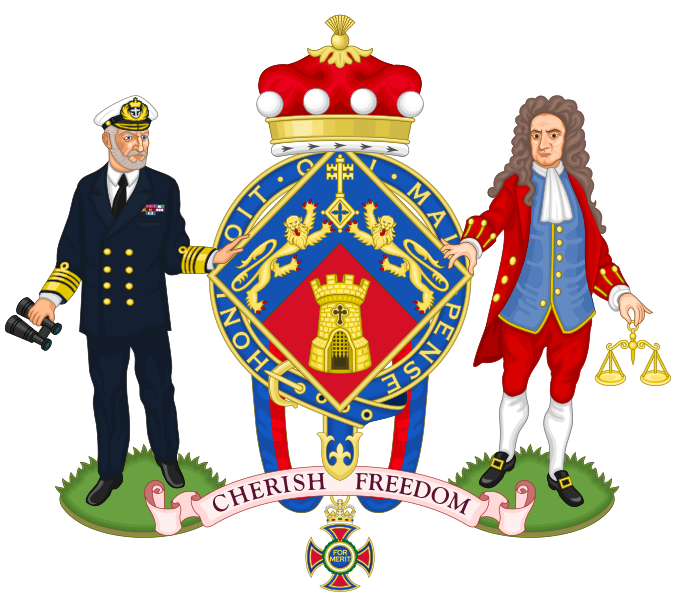