Today marks the passing of Gerald....

Today marks the passing of Gerald Grosvenor, 6th Duke of Westminster. The dukedom being hereditary, it now belongs to his son, Hugh Richard Louis Grosvenor.

In hommage to the late Duke, here are his arms

Crest : A Talbot statant Or
Escutcheon: Quarterly: 1st and 4th, Azure a Portcullis with chains pendant Or on a Chief of the last between two united Roses of York and Lancaster a Pale charged with the Arms of King Edward the Confessor (City of Westminster); 2nd and 3rd, Azure a Garb Or (Grosvenor)
Supporters : On either side a Talbot reguardant Or collared Azure
Motto: Virtus Non Stemma (Virtue not ancestry)

File:Coat of Arms of the Duke of Westminster.svg - Wikimedia Commons 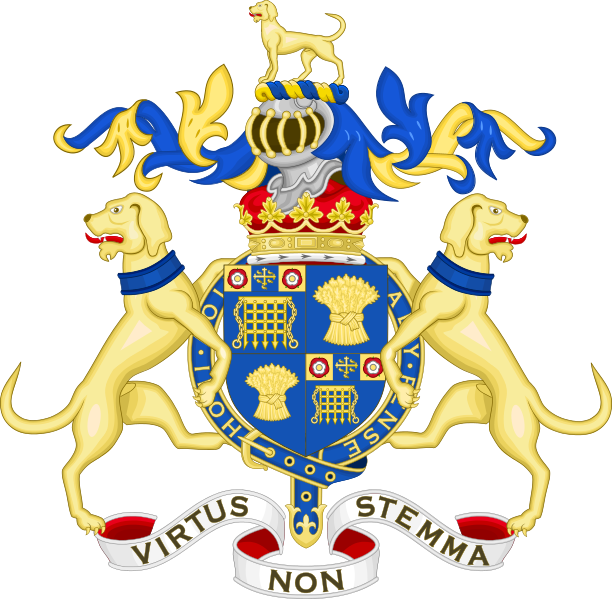