Wikipedia blazons it as _In the....

I'd blazon it as:
Gules, a sea and river anchor of four teeth overturned Argent per saltire. Over all a Russian scepter Proper.
Crown: Russian imperial crown
Others: Two Russian scepters Proper in saltire behind the shield, draped by a ribbon Bleu Celeste 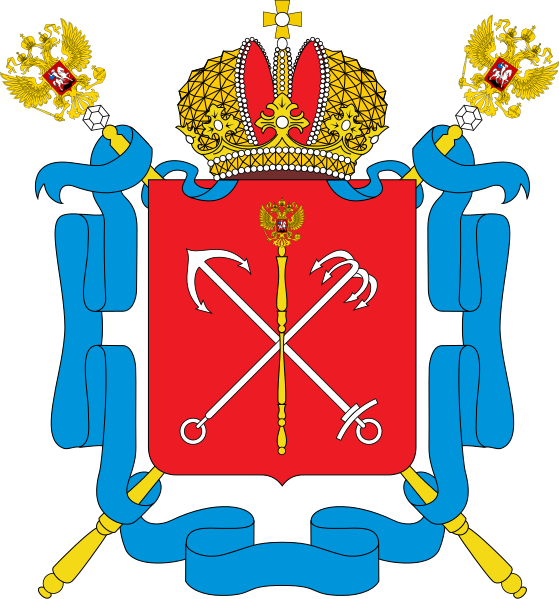